The Bodley Medal is the Bodleian Libraries’ highest honour, awarded to individuals who have made outstanding contributions to the worlds of books and literature, libraries, media and communications, science and philanthropy.

History of the Bodley Medal

The original Bodley Medal was struck in 1646 in honour of Sir Thomas Bodley (1545–1613), founder of the Bodleian Library. It was designed and engraved by the French craftsman Claude Warin, one of the leading medal-makers of the 17th century. Bodleian Library accounts from 1646 record a payment of two shillings for this work: ‘Item, to ye painter that drew Sir Thomas Bodley’s picture, and to Mr Warren that made his medale, to each of them 2s’. The original Bodley Medal was gilt, most likely on bronze.

During major renovations of the Bodleian Library’s reading rooms at the turn of the millennium, which included the replacement of the roof of Duke Humfrey’s Library, copper from the Library’s roof was used to create a set of 100 replicas of the original commemorative medal. The new Bodley Medal was struck at the Royal Mint in 2001 to celebrate the restoration of Duke Humfrey’s Library, which opened to scholars in 1488 as the first purpose-built library for the University of Oxford.

The obverse of the medal bears the right profile of Sir Thomas Bodley and the inscription ‘TH BODLY EQ AVR PVBL BIBLIOTH OXON FVNDATOR’ (‘Sir Thomas Bodley, Founder of the Public Library at Oxford’). The medal is signed ‘Warin’. On the reverse, the figure of a woman holds a bust of Apollo in her right hand and a bust of Diana in her left, representing the sun and the moon. It bears the inscription ‘AETERNAS R[EI] P[UBLICAE] LITERARIAE’ (‘the eternity of the Republic of Letters’).

The first Bodley Medal event was held in New York in 2002.

Recipients of the Bodley Medal

Claire Tomalin, recipient of the 2018 Bodley Medal, in conversation with Richard Ovenden at the Oxford Literary Festival. Credit: John Cairns

William Boyd, recipient of the 2017 Bodley Medal, stands on the roof terrace of the Weston Library. Credit: John Cairns

Dame Maggie Smith, 2016 recipient of the Bodley Medal, and Alan Bennett, 2008 recipient, at the opening of the Bodleian Libraries exhibition 'Shakespeare's Dead'

Professor Stephen Hawking receiving the Bodley Medal in 2015 at a gathering to mark the opening of the Weston Library. Credit: John Cairns

Sir David Attenborough receiving the Bodley Medal in 2015 at a gathering to mark the opening of the Weston Library. Credit: John Cairns 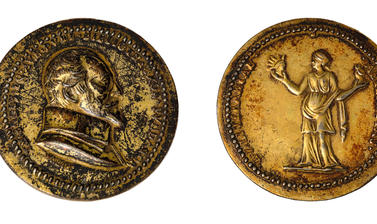 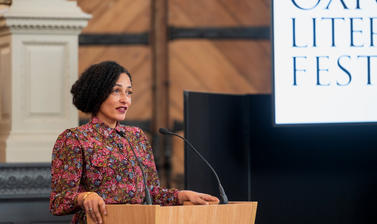 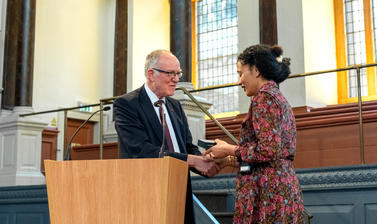 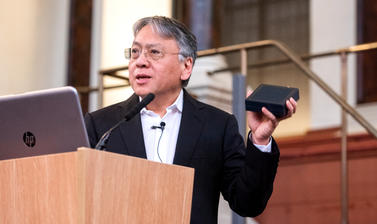 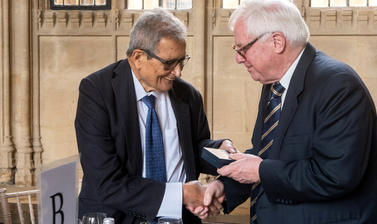 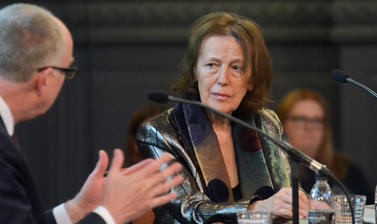 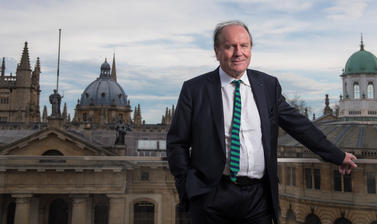 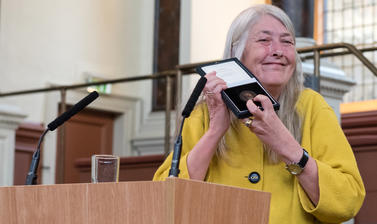 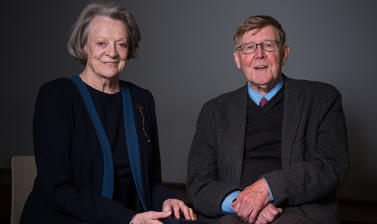 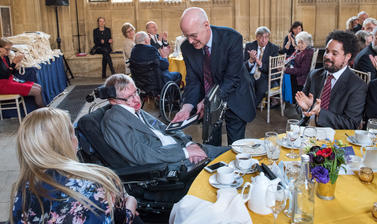 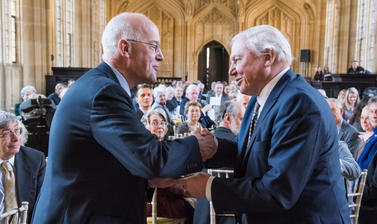 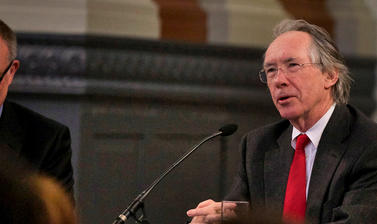 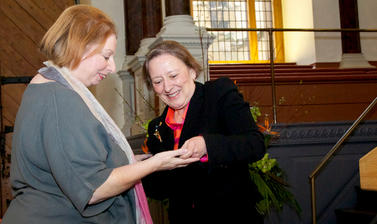