A collaboration between the Bodleian Libraries, British Museum and British Library to conserve the Selden Map of China.

About the Selden Map of China

The rediscovery of the Selden Map of China in 2008 at the Bodleian Library, University of Oxford, has greatly expanded knowledge of early 17th-century sea trade in East Asia.

The map, measuring 1.6 x 1m, painted with watercolours and ink on Chinese paper, is a unique example of Chinese merchant cartography depicting a network of shipping routes starting from the port of Quanzhou, Fujian province, and reaching as far as Japan and Indonesia.

The map, thought to date from the 1620s, arrived at the Bodleian in 1659 with the bequest of the London jurist and legal theorist John Selden, enriching one of the earliest collections of Chinese material in England at the time.

The map’s mandarin text was annotated in Latin in 1687 by Thomas Hyde, the then Bodleian Librarian, with the help of Michael Shen Fuzong, a Jesuit convert visiting from Nanking, who had been invited to assist cataloguing the library’s Chinese books.

The map was frequently displayed for its unusual character and by the early 20th century had been mounted as a wall hanging.

This together with its tightly rolled format had caused severe distortions and cracking of the primary support, already recorded by conservators in the 1970s. 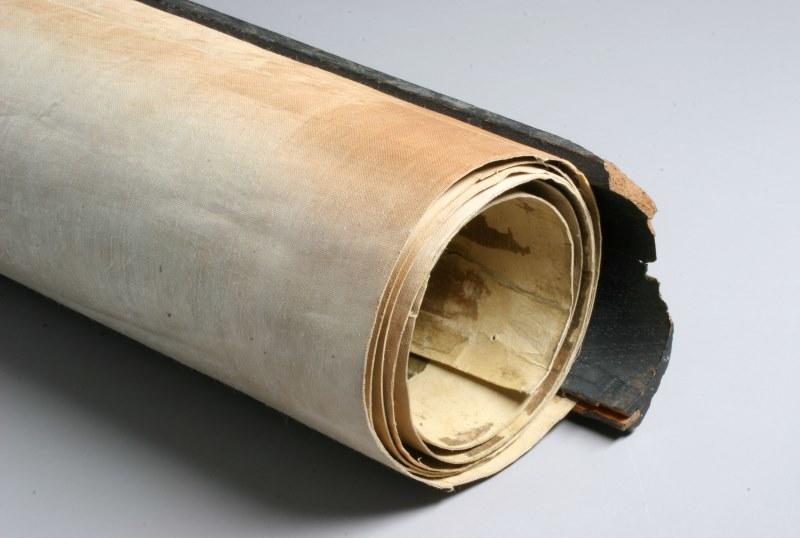 The rolled map before conservation

After the rediscovery of the map, curators and conservators started to discuss its long term preservation and its conservation treatment, which was guided by ethical considerations about the map’s original material characteristics and its later patches and mountings.

After tracing the chronology of these interventions, only an early paper border with some of the 1687 Latin annotations was retained as important evidence of the original mounting.

Analytical techniques have been used to identify material components of the primary support, patches, cloth lining and paint layer, expanding our understanding of the map’s production.

The removal of the lining and earlier patches – essential to adequately address the severe damage – revealed remarkable evidence of 'mapmaking' techniques.

A drawing of the main shipping routes was found hidden on the verso of the map, matching that seen on the recto, opening scholarly debate about how the map was conceived. Fragments of a cloth lining were also found, adding to observations about its earlier forms and use.

Collaborating to establish a conservation treatment

Collaboration between conservators at the Bodleian, British Museum and British Library was instrumental in establishing a conservation treatment which brought together traditional Far Eastern Painting Conservation and Western Paper Conservation techniques enabling controlled humidification and removal of the 20th century lining and patches, and subsequently application of paper infills and lining to stabilize the map and allow it to be fully appreciated in the context of a Western Collection. 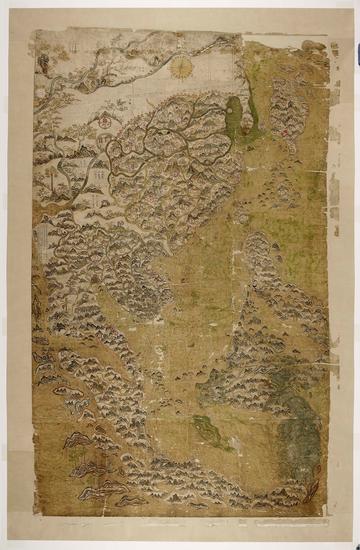 The map has acquired an iconic status becoming the focus of international interest.

Our understanding of the map through its conservation continues to contribute to the research of eminent scholars worldwide.