A collection of manuscripts written by Jane Austen, which were this week saved in an unprecedented literary acquisition, has been donated to the Bodleian Libraries and Jane Austen’s House in Hampshire by Friends of the National Libraries, the literary charity dedicated to preserving the nation’s written and printed heritage.

The campaign to save the Honresfield Library, a private collection of manuscripts and printed books associated with some of the greatest writers in English literature was led by Friends of the National Libraries, in partnership with a consortium of research libraries and authors’ houses, including the Bodleian Libraries and Jane Austen’s House, amongst others. The campaign involved an intensive public appeal to generate donations to save the works from being dispersed through auction sale. It reached a satisfying conclusion this week, having raised more than £15m in donations to secure the collections, including £4m from the National Heritage Memorial Fund. The generosity of the principal donor, Sir Leonard Blavatnik, amounted to half of the collections purchase price (£7.5m). The acquisition will ensure public access to these treasured manuscripts and protect them from further sale for many decades to come. As a result of this monumental donation, it will now be known as the Blavatnik Honresfield Library.

The Jane Austen collection includes two hugely significant personal letters. The autograph manuscripts of fewer than 160 letters by Jane Austen are known to survive, and these two letters will join 14 others already owned by Jane Austen’s House —Austen’s home for the last eight years of her life and the place where she lived and wrote her novels.  The letters confirm the museum as one of the world’s most significant repositories of Austen material and the only place where her domestic art can be viewed in its original context.

The two letters in the Blavatnik Honresfield Library offer fascinating glimpses into Austen’s personal and creative life.  Both were written to Jane Austen’s beloved sister Cassandra, and they show her at two very different stages of life. In the first, from January 1796, Jane is about to ‘flirt her last’ with Tom Lefroy, the young Irish lawyer on holiday in Hampshire for Christmas who has caught her fancy. This is also the earliest known surviving letter to hold Austen’s signature.

The second letter dates from 1813 and sees an older Austen, now the published author of two well-received novels, enjoying a stay in London, and updating Cassandra with the latest gossip. In this long letter we see her pride in the reception of two of her best-loved novels, Pride and Prejudice and Sense and Sensibility. The collection donated to the Bodleian Libraries and Jane Austen’s House also includes rare first editions of Pride and Prejudice, Emma, Northanger Abbey and Persuasion in their original condition.

I am delighted to have been able to play a role in such an important literary acquisition - one that will secure literary treasures by some of the greatest writers from these islands for future generations. We offer huge thanks to Friends of the National Libraries for the donation. Jane Austen is a literary marvel, beloved by her devoted readers all over the world and we are honoured to have prized items of such a unique, personal nature, to add to our wonderful Austen holdings at the Bodleian Libraries. We look forward to building on existing links with Jane Austen’s House and to share them with scholars and the wider public, for many years to come.

I am proud to have been part of the campaign, under the visionary leadership of the Friends of the National Libraries, to save this extraordinary collection of priceless manuscripts and printed books for public enjoyment.  It is impossible to overestimate the importance of what the FNL have achieved and the significance of this moment for our shared literary heritage.  Held between Jane Austen’s House and the Bodleian Libraries, the Austen letters from the Blavatnik Honresfield Library will enrich two of the world’s major collections of Austen manuscripts and artefacts ensuring their accessibility to scholars and enthusiasts for generations to come.

We at the National Heritage Memorial Fund are delighted to have supported the campaign to save Honresfield Library with £4million, the largest amount we have ever granted towards an acquisition of literary manuscripts since our formation in 1980. This is truly a once-in-a-lifetime opportunity to acquire such an outstanding and nationally significant collection. The NHMF is a fund of last resort, and the astonishing array of manuscripts will join over 1,000 heritage treasures saved for the nation. With Honresfield Library now secured for public ownership, organisations across the UK will benefit from these literary gems joining their collections. I am proud that this incredible archive will be the last major acquisition we will support under my leadership, before I step down at the end of the year. 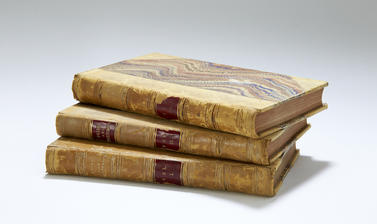 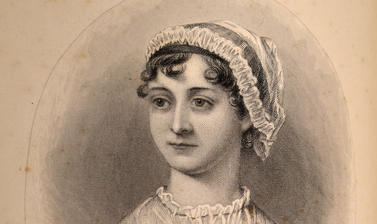 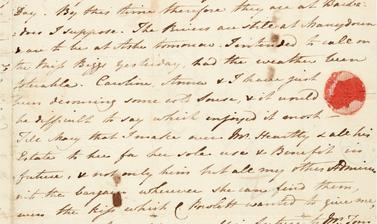 For further information, images or detail about the Bodleian Libraries involvement in this acquisition, please contact:

About the Bodleian Libraries

The Bodleian Libraries at the University of Oxford is the largest university library system in the United Kingdom. It includes the principal University library – the Bodleian Library – which has been a legal deposit library for 400 years, as well as 27 libraries across Oxford including major research libraries and faculty, department and institute libraries. Together, the Libraries hold more than 13 million printed items, over 80,000 e-journals and outstanding special collections including rare books and manuscripts, classical papyri, maps, music, art and printed ephemera. Members of the public can explore the collections via the Bodleian’s online image portal at digital.bodleian.ox.ac.uk or by visiting the exhibition galleries in the Bodleian’s Weston Library. For more information, visit www.bodleian.ox.ac.uk. Follow the Bodleian Libraries on Twitter and Instagram @bodleianlibs.

Bodleian Publishing has a diverse list of gift, general interest and scholarly books on a wide range of subjects drawn from or related to the Library's rich collections of manuscripts, rare books, maps, postcards and other printed ephemera. Details at www.bodleianshop.co.uk. Follow us on Twitter @BodPublishing.

Jane Austen’s House in Chawton, Hampshire, is an ACE-accredited museum set in the house where Jane Austen lived and wrote. It is the most treasured Austen site in the world. It was here that Jane’s genius flourished and where she revised, wrote, and had published all her major works: Sense and Sensibility, Pride and Prejudice, Mansfield Park, Emma, Northanger Abbey and Persuasion. Jane Austen’s House is the only house where Jane Austen lived and wrote that is open to the public.

The museum holds an important collection of objects associated with Jane Austen, including letters written by Jane and personal effects belonging to her and her family. Particular highlights include her jewellery and the table at which she wrote her much loved novels.

Jane lived at what is now Jane Austen’s House for the last eight years of her life. She moved here in 1809 with her mother, sister Cassandra and friend Martha Lloyd after a period spent living in lodgings. The house was owned by Jane’s brother Edward, who had been adopted by the wealthy Knight family and had since inherited the Chawton Estate. The house – a 17th century building – was offered to the women rent-free for life.

In May 1817, after a period of ill health, Jane Austen left the village to seek medical treatment in Winchester.  She died two months later, on 18 July 1817.  Jane’s mother and sister continued to live at the house for the rest of their lives.  In 1845 the house was split into three dwellings to provide homes for staff on the Chawton estate and the building remained in this state until it was put up for sale in 1947.  After an appeal by the Jane Austen Society, the house was bought by Mr T.E. Carpenter who turned it into a Museum dedicated to the life and works of Jane Austen, opening to the public in 1949.

About the National Heritage Memorial Fund

The National Heritage Memorial Fund (NHMF) was set up in 1980 to save the most outstanding parts of our national heritage, in memory of those who have given their lives for the UK.
www.nhmf.org.uk
@NationalHeritageMemorialFund
#NHMF40